Ka-band transceivers, transmitters, and receivers are satellite communication sub-systems for receiving (uplinking) and transmitting (downlinking) data between the ground and space in the frequency range of 26 to 40 GHz.

In this article we give a brief overview of how satellite Ka-band communications systems work, followed by details of commercial products available on the global marketplace for space. If you are familiar with the technology and would like to skip straight to the product listings, please click here.

Satellite technologies are increasingly being used for remote sensing, navigation, and geo-positioning, telecommunication, and television applications. Systems can exchange data in a wide variety of bands, with typical frequency bands for satellite communication in the very high-frequency bandwidth of 1–50 gigahertz (GHz).

The Institute of Electrical and Electronics Engineers (IEEE) designates bands in this range with a variety of letters that are, in order of increasing frequency; L, S, C, X, Ku, Ka, and V. A fair access policy is implemented by operators to manage and control bandwidth usage.

Specifically, the frequency range of the Ka-band, as defined by the IEEE system, is from 26 to 40 GHz, with a wavelength of 1.6 cm to 750 mm. This is double the bandwidth of the Ku band and five times that of the C band. The Ka-band spectrum is widely used for broadband data communications, mobile phone and data applications, and direct-to-home (DTH) broadcasting.

Ka-band transceivers, transmitters, and receivers provide high data throughput and bandwidth due to their operation in this Ka-band part of the frequency spectrum. The higher Effective Isotropic Radiated Power (EIRP) at the beam center helps in increasing the data throughput and frequency reuse. It is also common to refer to the transmitter and receiver collectively as a transponder.

The band’s smaller wavelength leads to a lower size for the required communication components for signal transmission. However, the susceptibility of Ka-band frequencies to rain attenuation is a notable drawback.

Several suppliers are now focusing on developing ka-band transmitter solutions with the CubeSat form factor in mind and are optimizing the power, mass, and size constraints of their transmitters to align with the structure, volume, and power consumption requirements of CubeSats.

Examples of launched commercial satellites that have used the high-throughput Ka-band are:

Before we take a look at the various commercially-available systems on the market, this short section provides some advice for engineers performing a pre-concept analysis of a ka-band transceiver system for their own mission.

Selecting the most relevant sub-system should begin with an identification of the requirements it must meet and the constraints upon it. These will drive the selection of components based on attributes that can satisfy these values.

Note that for the purposes of this article data rate is considered to be the rate of data transfer with respect to modulation schemes for encoding digital signals. In addition, RF power is a considered to be a measure of how powerful the transmitter output is, relative to 1mW.

Note that these requirements are the result of a preliminary analysis of the products information available in the satsearch marketplace.

Ka-band transceivers and transmitters on the global marketplace

In the section below you can see an overview of several Ka-band transmission systems available on the global market, which can be used by CubeSat and small satellite developers to fit their telemetry and telecommand requirements.

You can click on any of the links or images below to find out more about each of the products and can submit a request for further information on the pages that open or send us a general query using our free request system and we will use our global network of suppliers to find a system to meet your needs.

These products refer only to the individual ka-band receiver and/or transmitter modules in the communications chain: 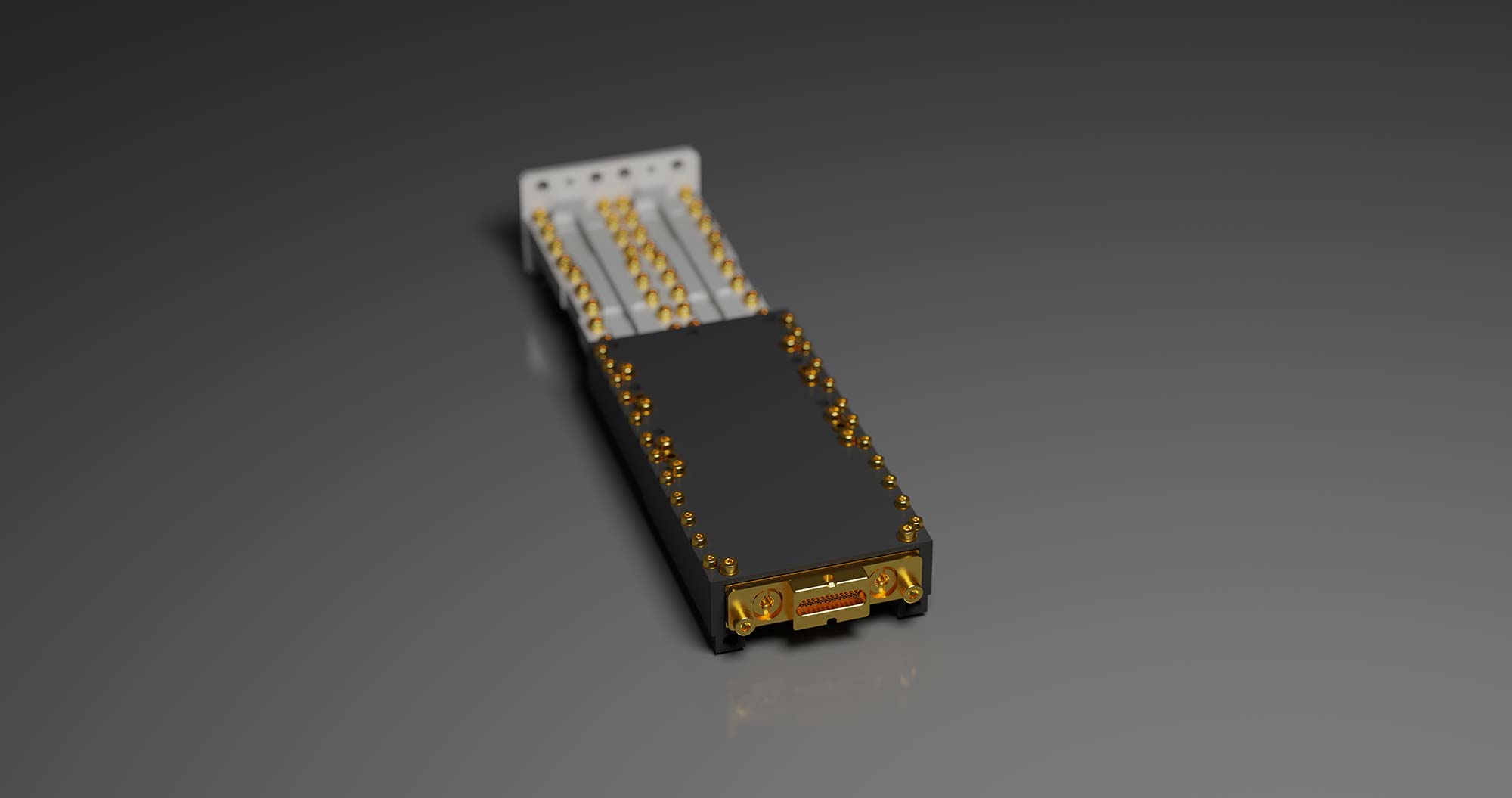 The Tesat-Spacecom HDI TR Module is a TR system optimized for broadband efficiency in the Ku- and Ka-bands. The system consists of housing manufactured using a TESAT's passive line, RF transition, and an active RF magazine. The active RF magazine is produced in a mass customizable man-less hybrid manufacturing line. 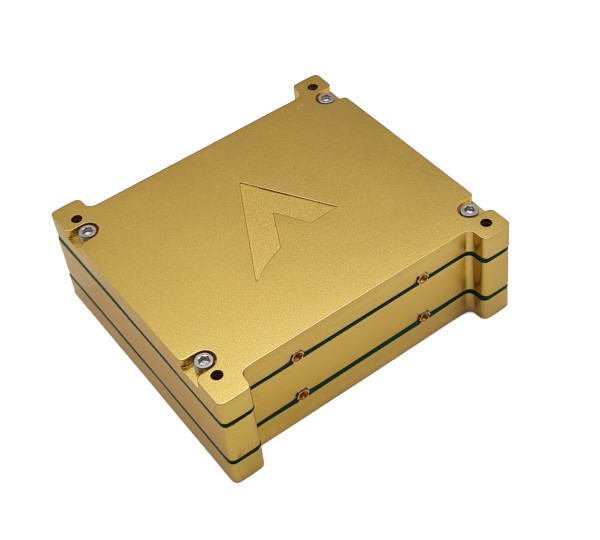 The Arralis KKa-TR-DL-1929 is a K/Ka band Transceiver Downlink Module designed for space applications. It is a fully integrated transceiver module and operates as a wideband up/down converter for Low Earth Orbit (LEO) applications. The module includes an onboard frequency synthesizer and offers up to 2.5 GHz of instantaneous bandwidth. 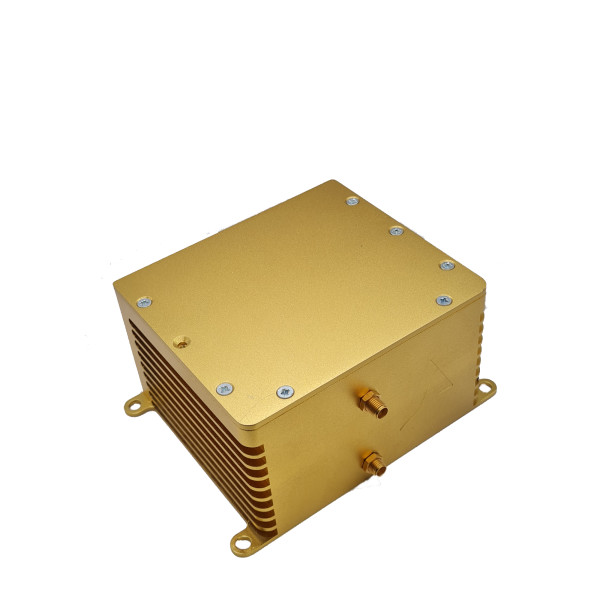 The Arralis KKa-TR-UL-1929 is a fully integrated transceiver module and operates as a wideband up/down converter for satellite applications. It also consists of an onboard frequency synthesizer and offers up to 2.5 GHz of instantaneous bandwidth. The module can be also used as a stand-alone up/down converter or can be combined with a modem/Software Defined Radio (SDR) enabling a full-functioning of K/Ka-band satellite communication system. 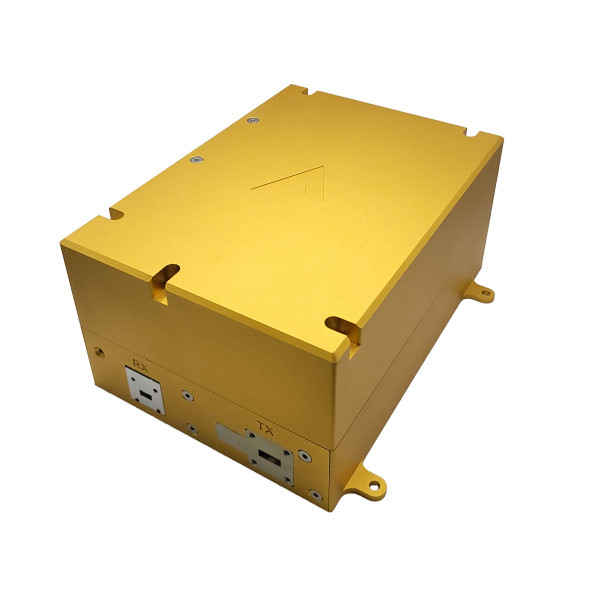 The Arralis KKa-TR-SC-1929 is a K/Ka band Transceiver Single Channel Module designed for space applications. It allows the direct interface with a modem or Software Defined Radio (SDR) enabling the full-functioning of Ka-band satellite systems. The module allows spacecraft designers a reliable way to implement high data rate Ka-band payloads. Additional channels can be added in both the transmit and receive paths as per the customer's requirements.

These products are complete sub-systems used for one or more forms of ka-band frequency communication and data exchange: 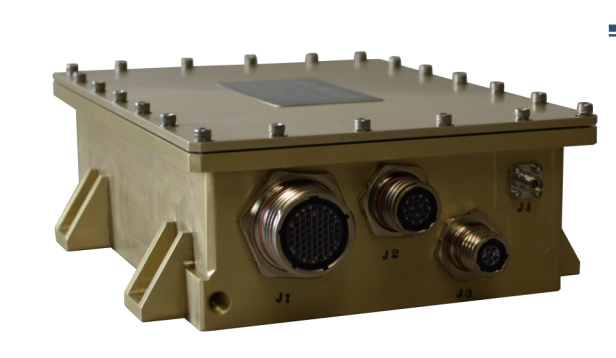 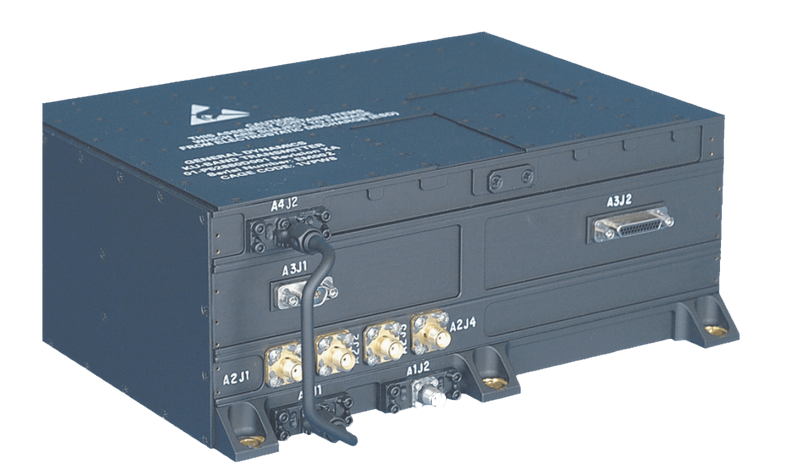 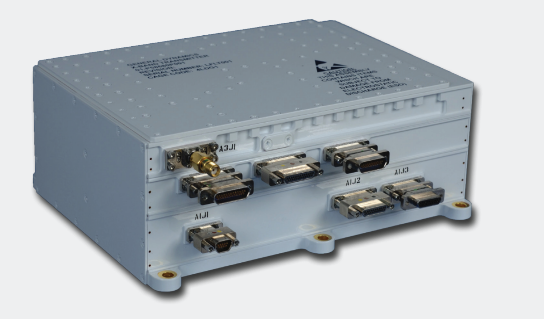 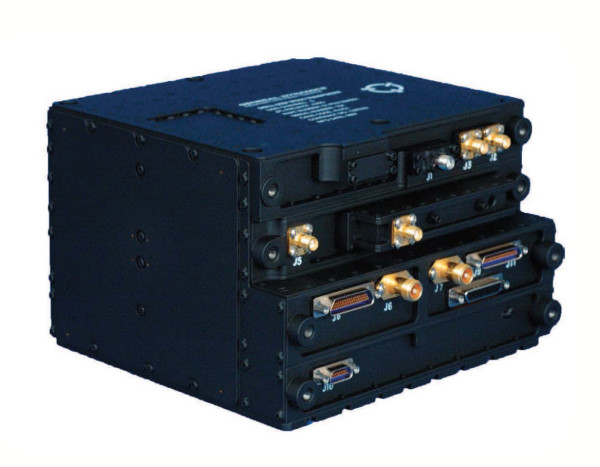 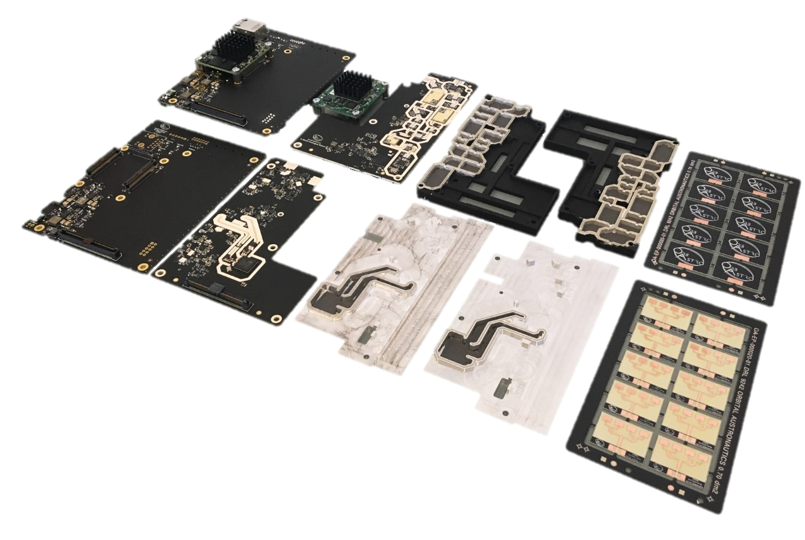 The Orbital Astronautics K-/Ka-band RF System is a K/Ka-band transmitter based on a Software Defined Radio (SDR), suitable for both ground and inter-satellite communications. The system can be configured to act as a transmitter, receiver, and/or transceiver. 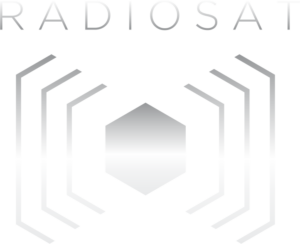 The PICOSATS SRL RADIOSAT is a Ka-band radio transceiver suitable for LEO CubeSat and small satellite missions. The system was developed with the support of the European Space Agency (ESA). A DVB-S2 modem is integrated with a Ka-band radio operating at low power consumption. 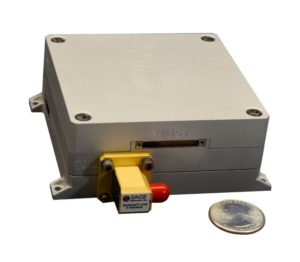 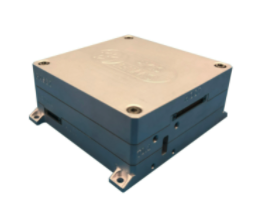 The Tethers Unlimited SWIFT-HB is Software Defined Radio (SDR) communication module, for high bandwidth from S-band to Ka-band and beyond. The system features at its core a Zynq-7030 FPGA, providing access to one of the dual ARM-9 cortex processors. The user can use their proprietary waveforms for the SWIFT platform. 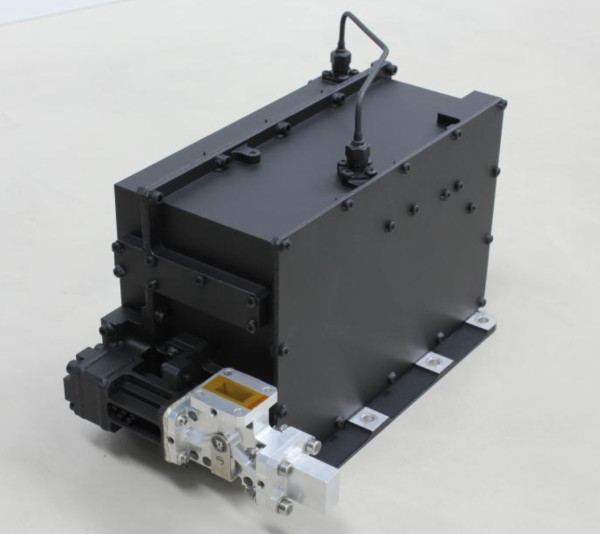 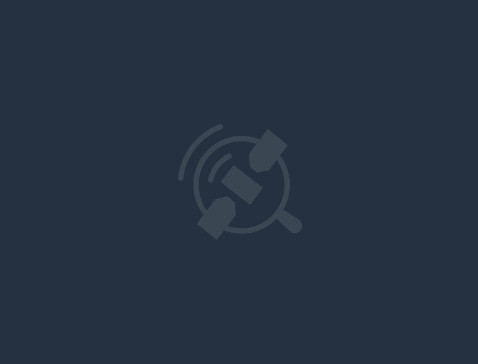 The Akash systems Deluxe Ka-band Transmitter is a Ka-band transmitter - currently in development. 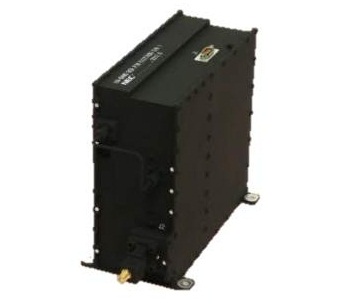 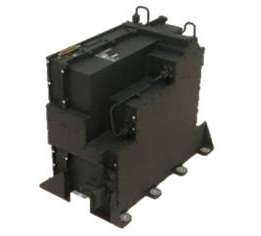 The NEC corporation Ka-band RCVR is a lightweight Ka-band receiver consisting of a local oscillator, a DC/DC converter and an RF section. The Ka-band RCVR receiver features low noise, along with high-gain and -linearity performance. 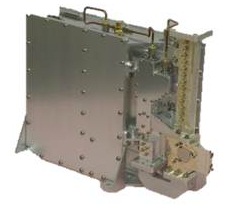 The NEC Corporation Command Receiver CMDRX – C20 series is a command receiver in the CMDRX series featuring a flexible frequency performance. The system operates in the C-band, Ka-band, Ku-band, and K-band.

The NEC Corporation Command Receiver CMDRX – C30 series is a command receiver in the CMDRX series featuring a wideband frequency range and wide doppler range performance. The system operates in the C-band, Ka-band, Ku-band, and K-band. 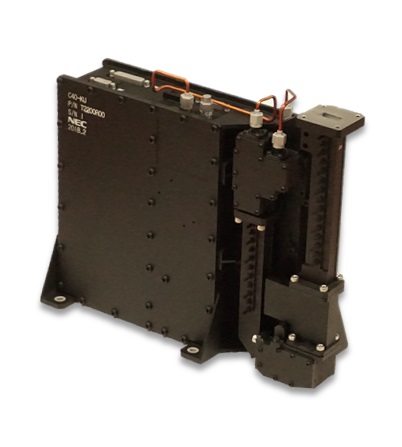 The NEC corporation Command Receiver CMDRX - C40 series is the latest command receiver in the series and operates in the C-band, Ka-band, Ku-band and K-band. The system uses the direct spread spectrum communication system with short carrier acquisition time.

Thank you for reading! If you need any further assistance identifying the right ka-band product for your mission or service, please send us a general query using our free request system today. And to stay up to date with new articles, product data, and other updates from satsearch, please sign up for our weekly email newsletter.