As the numbers of satellites in orbit continue to rise there is a greater need for effective communication solutions that can handle increasing data volumes. Optical communications may hold the answer, enabling operators to get more data from space to Earth faster and more efficiently.

The drive for optical communication is also due to the crowding of traditional radio options in frequencies such as the S-band and X-band, which have been used for decades for satellite communication.

Space-space and space-ground communications are the primary use cases for optical laser communications (lasercom) and in this article we take a look at how the technology works and share some of the products available on the market today.

In the article below we provide a gentle primer of optical communications systems for satellites discussing their history and giving the advantages and disadvantages that they bring, as a quick guide to understanding the promise of the technology. If you are familiar with the technology and would prefer to skip down to see the product listings, please click here.

Do you know of any optical communication products for small satellites that we’ve missed? Please drop us a note at [email protected] or on Twitter. Alternatively, if you’d like to list your products and services on satsearch, get started here.

The geostationary satellite-based missions allowed for the use of a fixed ground terminal to conduct repetitive measurement of link parameters over many days and have enabled the improvement of propagation models and design changes of subsequent lasercom missions.

Small satellites predominantly operate in Low Earth Orbit (LEO) and offer a low-cost platform for researchers to test technologies such as satellite laser communications. For example, the National Institute of Information and Communications Technology (NICT) in Japan and the German Aerospace Centre (DLR) have used such platforms to successfully demonstrate laser communications using satellites in LEO over the last few years.

As satellites are getting smaller the need to fit in communications systems that will allow the reduced form factor at lower power and with higher data rates has generated significant interest in laser communications for CubeSats.

The first (brave) attempt to demonstrate laser communication on a CubeSat was on-board FITSAT-1, a 1U system developed at the Fukuoka Institute of Technology in Japan. The satellite carried two arrays of high-power light-emitting diodes (LEDs) along with an experimental RF transceiver and was deployed in October 2012 by the robotic arm of the International Space Station (ISS).

A photomultiplier coupled to a 25 cm ground telescope was used to receive the signals on the ground. Interestingly, the flight model of the FITSAT-1 laser communication payload was tested between the beach of the Fukuoka and the rooftop of the eight-story building of the university which were 12 km apart from each other.

In August 2018, The Aerospace Corporation in the US tested a laser communication system during a mission named Optical Communications and Sensor Demonstration (OCSD) with two LEO CubeSats known as AeroCube-7B and Aerocube-7C. The satellites successfully transmitted data at a rate of 100 Mbps.

Today there are various lasercom products available or approaching the marketplace that have built on these early developments, bringing some significant benefits compared to existing solutions.

On the other hand, there are some aspects of optical satellite communications products that can cause issues such as:

As commercial-off-the-shelf (COTS) components have become more prominent and widely used in small satellites/CubeSats, and the Earth Observation (EO) sector particularly has seen an increase in the number of manufacturers adopting small satellites, the need for higher data rates is growing every year.

This presents a great opportunity for the manufacturers of satellite laser communications equipment and below we have listed a number of products available on the global marketplace in various stages of development, testing and maturity.

Please note that this list will be updated when new products are added to the global marketplace for space – so please check back for more or sign up for our mailing list at the link below for updates.

The CubeCat by Hyperion Technologies 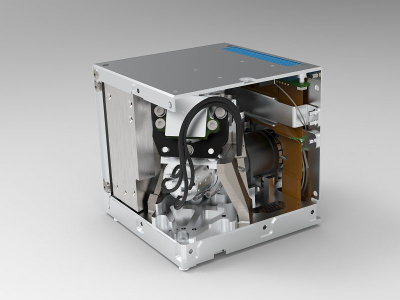 The CubeCat lasercom module enables a bidirectional space-to-ground communication link between a CubeSat and an optical ground station, with downlink speeds of up to 1 Gbps and uplink data rate of 200 Kbps.

The module is designed according to the size, mass and power constraints inherent to small satellites of the nanosat class and is compatible with standard CubeSat platforms. Due to its built-in attitude determination and control error compensation system, it allows for relaxed requirements on the host satellite ADCS.

It also has an on-board data management system, featuring a large data storage buffer, and built-in data coding and synchronization. This makes the CubeCat module a plug-and-play integrated communications subsystem. 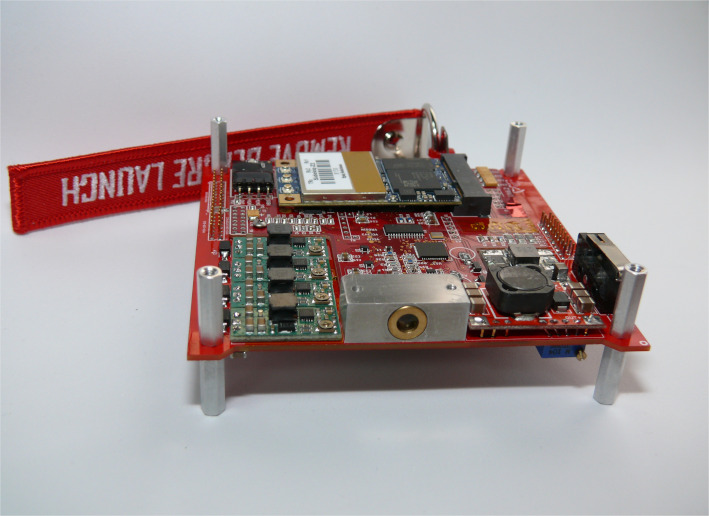 EXA’s ICEPS (Irvine-Class Electric Power Supply) is a satellite system core designed to function as the central operational system of a CubeSat, enabling the modular use of high-performance hardware and features.

ICEPS compresses the functions of many cards into a single 25 mm thick device and has an embedded laser emitter modulating at 10 Mbps, with a 400 – 450 nm (visible blue/purple) adjustable beam aperture, and integrated thermal control. ICEPS can interface with a wide variety of compatible USB hardware and is compact enough to fit into a 1U CubeSat. It is set to launch on IRVINE03 on-board NASA’s ELaNa in Q1 2020 and is also the system core of the upcoming Spacebit One mission on-board the Astrobotic Peregrine Lander, set to land on the moon in Q3/2021. 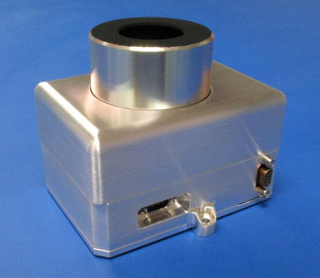 The Laser Downlink plus Star Tracker features internal fine-pointing to ground station based on the built-in star tracker and a passive ground receiver with a 0.55m diameter Newtonian telescope with silicon APD.

The star tracker performance is; 5 arcsecond cross-boresight (RMS) and 55 arcsecond around boresight (RMS), and the product has a mass of 335g and a small physical volume of 79x68x68mm. The system also features a lifetime of 13 years in LEO or 9 years in GEO and a downlink data rate of 1 Gbits/s in 1000 km range at 250 Mbits/s at 2000 km range. 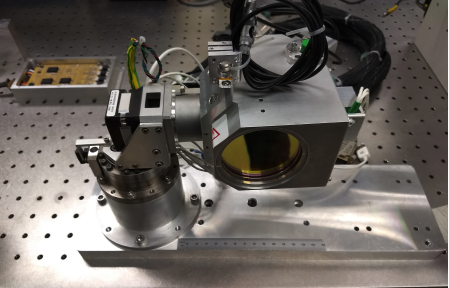 Xenesis is the exclusive licensee for sales, distribution and manufacturing of the Xen-Hub, developed by NASA’s Jet Propulsion Laboratory (JPL). Xen-Hub is a compact, low-cost laser communications transceiver that surpasses the severe spectrum-allocation and bandwidth limitations of conventional radio-frequency communication systems.

The LCT product portfolio by Tesat-Spacecom

Tesat-Spacecom manufactures a range of laser communications product developed as a result of its involvement in a variety of missions and commercial initiatives such as the European Data Relay System (EDRS). The product portfolio consists of:

LCT 135 – a GEO Satellite Laser Communication Terminal that provides gigabit inter-satellite links (ISL) for data relay on GEO S/C; which is a core element of the operational service for the European Data Relay System (EDRS). 14 flight models have been delivered or in-production. 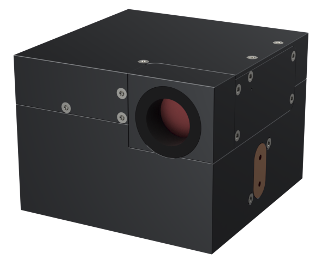 Space Inventor is currently working with the European Space Agency (ESA) to develop a new laser communications system designed for small microsatellites and larger CubeSats (with a 6U or greater form factor). The system will be aimed primarily at applications in low earth orbit (LEO) and will offer high data transmission capacity and pointing accuracy in a low-weight and low-power sub-system.

The product will be designed to provide a stable optical data rate of 1 Gbps in a system weighing less than 1kg. A complementary optical ground segment system is also in development which will include a beacon laser, this will impose a pointing requirement to the satellite of no more than 1°.

If you would like our assistance in finding a suitable optical communication product or service for your needs from our extensive network, please fill out a request for information or proposal, and we’ll get back to you as soon as we can.

Please note that the listings above only include those suppliers for whom we have the full information about their products. There are a number of other companies with technology at various stages of development and testing that haven’t been included, but who may be able to help provide you with a solution.

Noticed that your product isn’t included in this article? Send us an email today today we’d be happy to work with you to showcase it to the satsearch community!