In this post, we provide an overview of S-band antennas and share details of several commercially-available products on the global market - if you’re familiar with the technology and would like to skip the introductory material to get straight to the product listings, please click here.

The Earth-space communication link is critical to every satellite mission and operational capability.

In this article, we discuss the S-band and use of antennas in satellite communication, as well as presenting a variety of commercially-available products from around the world.

The S-band is a section of the microwave band of the electromagnetic spectrum that covers frequencies in the range 2 to 4 gigahertz (GHz).

It is officially designated by the Institute of Electrical and Electronics Engineers (IEEE) and crosses the conventional boundary between the Ultra high frequency (UHF) and Super high frequency (SHF) bands at 3.0 GHz.

In 1995, the Federal Communications Commission (FCC) in the US approved satellite-based Digital Audio Radio Service (DARS) broadcasting in the S-band from 2.31 to 2.36 GHz in 1995. This range is currently used by Sirius XM Radio.

The S-band has also been heavily employed by NASA to communicate with the Space Shuttle and the International Space Station (ISS).

The FCC has also approved the use of sections of the S-band between 2.0 and 2.2 GHz for the creation of Mobile Satellite Service (MSS) networks.

In 2009, the European Commission (EC) awarded portions of the S-band to Inmarsat and Solaris Mobile (a joint venture between Eutelsat and SES, now EchoStar Mobile) to develop pan-European MSS services.

The S-band is also popular for smaller satellites, as it is simpler to use than UHF/VHF bands from a regulatory standpoint.

In order for ground stations to communicate effectively with spacecraft in orbit, satellites need effective and accurate antennas.

S-band antennas can be mounted on different parts of the spacecraft, depending on the application and communications preferences of the mission.

The devices are often treated to avoid electrostatic discharge (ESD) effects, which can damage or destroy the antenna due to solar flux. This is particularly an issue for polar orbits, even at low orbit.

Wideband antenna designs enable engineers to define the desired range and order of operating frequencies at a later stage, unlike patch antennas, as they aren’t dependent on a pre-defined, narrower frequency allocation.

When selecting the right S-band antenna for your equipment and mission, there are several key criteria that should be taken into account.

We recommend a simple 4-step approach for the preliminary selection of an S-band antenna for your mission, as explained below:

Key performance criteria for S-band antennas include specifications such as:

S-band antennas on the global market

In this section, you can explore S-band antennas available on the global marketplace for space.

This list will be updated when new products are added to the global marketplace for space - so please check back for more or sign up for our mailing list to get all the updates.

In addition, if you are looking to pair your selected antenna with the right ground segment option for your mission requirements we have also published an overview of ground station service providers.

You can click on any of the links or images below to find out more about each of the solutions. You can also submit a request for information (RFI) on the product pages or send us a general query using our RFI tool to discuss your specific needs, and we will tap into our global network of suppliers to find a system to meet your specifications. 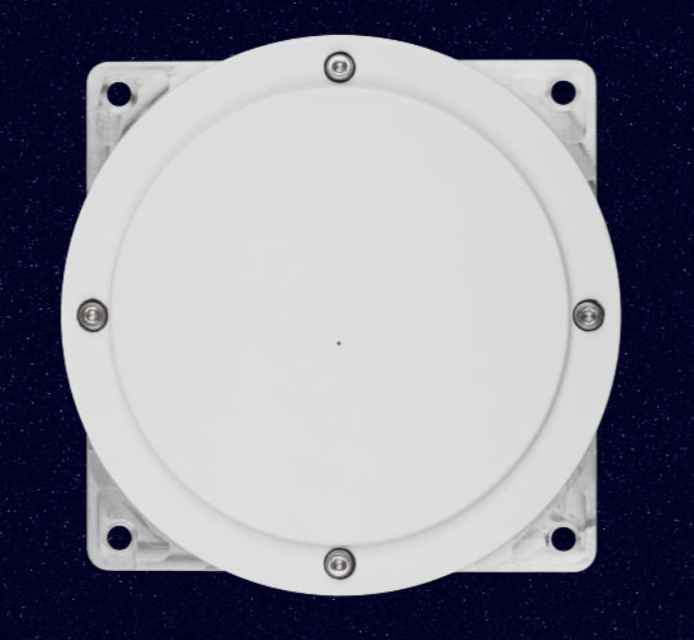 A high quality and compact antenna (<1U) ideally suited for smallsats in Low Earth Orbit (LEO). This S-band antenna is optimized for platforms’ telemetry and telecommand (generic Tx/Rx antenna) requirements. It has a hemispherical radiation pattern with superior gain and axial ratio at low elevation angles (Half Power Beam Width >90°). This design guarantees excellent availability for your TM/TC links.

4 antennas have been used in orbit since the 18th of December 2019 in 2 separate missions; EYESAT 3U and ANGELS 12U. The combined Tx/Rx function means only one antenna is needed, saving space and mass while also enabling it to be positioned in the most effective location on the craft. 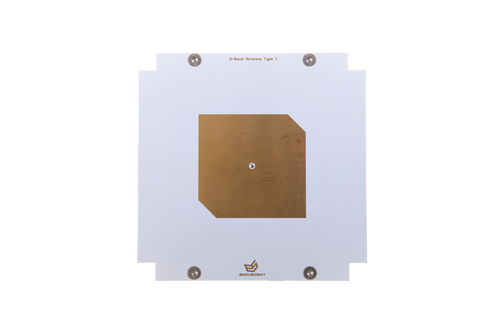 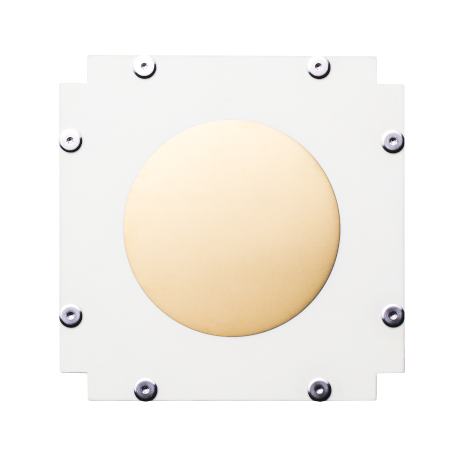 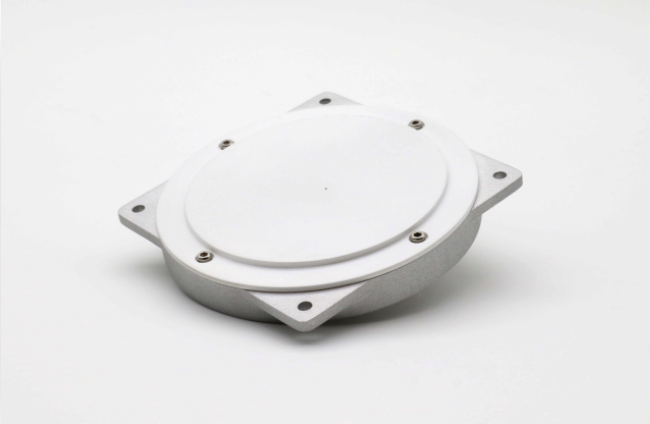 Featuring an excellent trade-off between miniaturization (CubeSat patch design) and advanced performance (Gain and axial ratio), the T3 is suitable for Cube- and nanosatellites. It is an S-band TTC system that is omnidirectional and full duplex in nature with flight heritage as of Q1 2018. 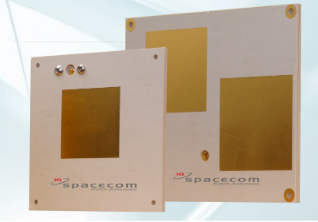 IQ Wireless’ Patch antennas are provided for receive and transmit radio equipment for Cubesats as well as for larger satellites. The antennas are designed to customer-specific requirements in terms of frequency, bandwidth, size, gain and pattern. The basic design of these S-band patch antennas has flight heritage (TRL9) since 2012. 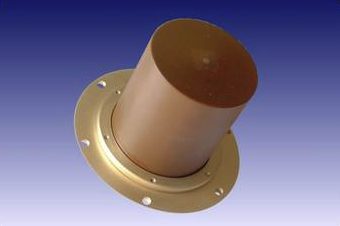 The S-Band Antenna S2023R has been designed for use on-board small satellites. The pattern shape has been optimized particularly for low earth orbit (LEO) missions with NADIR orientation. The antenna is broadband and operates at both the standard S-band frequencies for satellite missions, i.e. downlink at 2200 to 2290 MHz and uplink at 2025 to 2110 MHz. The antenna design is compact, solid and very rugged. To achieve spherical coverage the S2023R could be used in pairs with opposite placement at the satellite body. 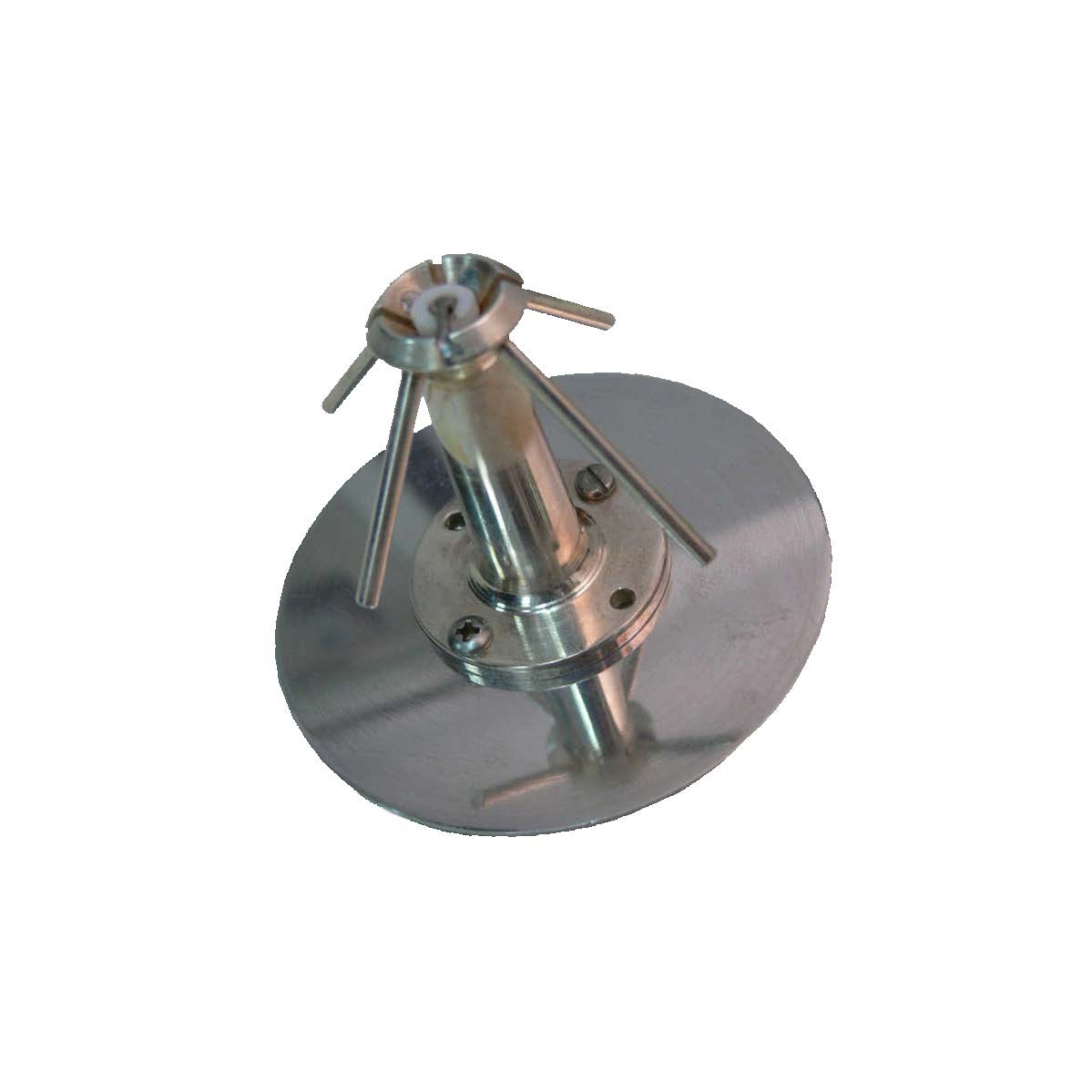 A turnstile circular polarized S-band antenna for microsats and smallsats. The antenna has a built in ground plan and can include an optional protective cover. This robust design is highly suited for applications where true circularity and low elevation angle performance is required. 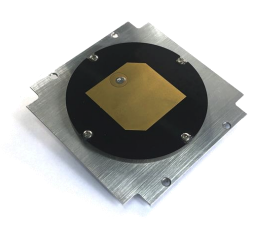 The ISIS S-band patch antenna is a compact, low mass solution suitable for the 2200-2290 MHz Sband frequency range. This antenna is suitable for integration on any CubeSat platform and directly compatible with the ISIS S-band transmitter and transceiver products as well as ISIS standard CubeSat structures.

Thanks for reading! If you would like further help identifying an S-band antenna for your specific needs, you can file a request on our platform and we’ll tap into our global network of suppliers to help you pinpoint the right choice.

Noticed that your company isn’t included in this article? Simply send us an email today, and we’d be happy to work with you to showcase your products to the satsearch community!