Spotlight: technical details of the Long March 5B launch and new crew capsule

This is a guest post published on behalf of Yuxin Liu, PhD candidate at the department of Astrodynamics and Space Missions, TU Delft.

China launched the Long March 5B rocket at Wenchang Spacecraft Launch Site at 18:00 on the 5th May 2020. For international space engineers this article aims to give a brief introduction to some of the technical details of the mission. I hope this is helpful to the English-speaking global space community. Highlights:

The Long March 5B rocket (CZ 5B, CZ is short for the Chinese Name ChangZheng) is a new model based on Long March 5 (CZ 5) which was previously launched in December 2019. The major difference between these two types is the number of core stages:

As shown in the above table, CZ 5B removes the 2nd core stage because it focuses on LEO missions, such as the Chinese Space Station (expected to be completed by 2022).

Each stage or booster consists of two engines. Instead of using dinitrogen tetroxide and unsymmetrical dimethylhydrazine, the CZ 5 system uses liquid oxygen and liquid hydrogen for the 1st stage, kerosene and liquid oxygen for the boosters. This is environmentally-friendly and creates a higher Specific Impulse of 300~310 s.

The CZ 5B is shorter because using less stages but has a larger payload fairing (von Kármán ogive composite).

The new crew capsule made a successful return on the 8th May. The following 2 minute video shows the process of re-entry and landing (to remove commentary subtitles floating across the screen, please tick off ‘弹’): 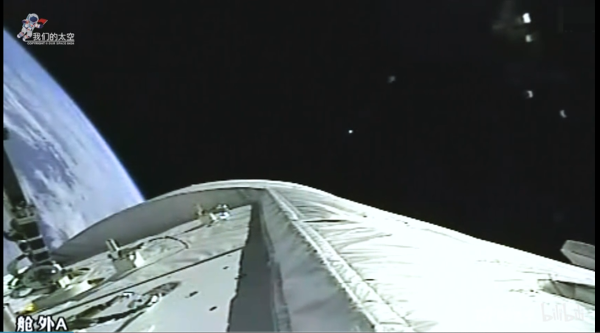 The capsule stayed in the orbit for 67 hours. In order to test the thermal protection, the highest apoapsis reaches 8,000 km and the re-entry speed hits 9 km/s.

The capsule employed a new approach to landing: three parachutes were deployed at 8 km successively for speed reduction and airbags pumped at 2 km to cushion the impact of landing.

Wenchang is the fourth launch site in China, the previous three are Jiuquan, Taiyuan and Xichang (sorted by latitude from high to low).

Wenchang has the lowest latitude of about 19 degrees. The site is located along the shoreline of Hainan island which means that transportation of the rockets can be carried out via shipping. The diameter of previous modules was limited by the necessity for railway transit.

Thank you for reading, further discussion is welcome through LinkedIn or email: [email protected]