This is the first in a new series of articles that satsearch will be sharing, dubbed “Let’s talk about”, to help fulfill the mission of democratizing access to the space industry. 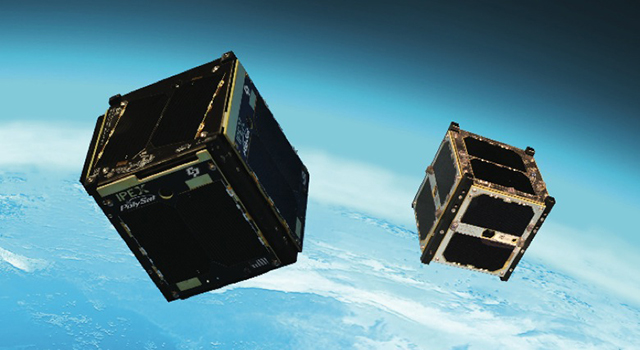 The growth of the CubeSat industry has fuelled a wave of new space missions over the past decade (Credit: NASA/JPL-Caltech).

This article is intended to serve as a primer for readers who are new to the space industry. You might have heard of the term “CubeSat” before and not entirely understood what people are talking about. In the rest of this article, I’ll try to elucidate the main characteristics of CubeSats and provide some additional resources to get you going.

Interested in learning more about what CubeSats actually are? Keep reading …

What is a CubeSat?

A CubeSat is a cube-shaped, small satellite with standardized characteristics (see Figure 1). The standard dimensions for a single unit are 10 cm x 10 cm x 10 cm = 1000 cm3 (also denoted as “1U”). A 1U CubeSat is standardized to weigh between 1 kg to 1.33 kg. A CubeSat can be a single unit or may consist of multiple units (typically 2U, 3U, 6U, up to 16U, with other configurations constantly under development).

CubeSats can be used as single units (1U) or stacked together to form bigger satellites (Credit: CSA).

What makes CubeSats so interesting is that by virtue of standardizing dimensions, mass, and interfaces, they have enabled satellite developers to rapidly design, build, test, and launch new space missions. The standardized CubeSat design specifications are openly available, which has helped to democratize access to the space industry over the past decade.

When were CubeSats first developed?

The idea of the CubeSat was first proposed in the late 1990s by two professors, Jordi Puig-Suari of California Polytechnic State University and Bob Twiggs of Stanford University, with the aim of enabling graduate students to gain hands-on experience of designing, building, testing and operating satellites in space. This further meant that universities could chip in with moderate funding to help build these satellites for educational and research purposes. The first six CubeSats were launched in June 2003 on a Russian Eurockot.

Why do we need CubeSats?

Although CubeSats were initially used only for educational and research purposes, things started changing late 2012. Between 2012 and 2017, over 725 CubeSats were launched, representing 50% of all satellite launches. One of the major reasons for this unprecedented growth over last six years is the dramatic drop in launch cost. As CubeSats weigh significantly less than traditional satellites, less mass ultimately means that less rocket fuel is required to place them into Earth orbit. CubeSats benefited from the ability to hitch rides on rockets designated for larger satellites. Specifically, the emergence of standardized dispensers meant that integration into the launch vehicle was made easy.

CubeSats offer opportunities to conduct scientific experiments and technology demonstration in space, in a cost-effective, timely and reliable manner. Their small size also ensures that it is convenient to quickly build and test new ideas, making CubeSats an ideal option for academia and the emerging commercial space industry.

How do CubeSats work?

The core of a CubeSat typically consists of the following key subsystems: 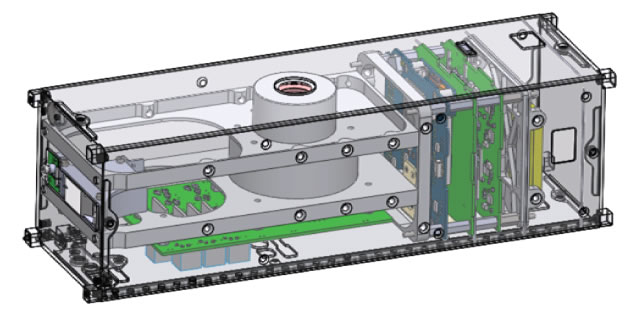 A CubeSat is a system of systems. (Credit: Pumpkin, Inc.).

These core subsystems are complemented with others to enable CubeSats to operate in space. In general, CubeSats are built up from six major subsystems, namely:

CubeSats have become an integral part of the space industry over the last decade. CubeSats were originally intended for use in academic projects, however commercial space companies like Planet & Spire, and space agencies like NASA, ESA, JAXA, and ISRO have rapidly adopted them for current and upcoming missions.

Planet has launched dozens of CubeSat-sized “Dove satellites”, which are being used for a range of applications, including disaster response and climate monitoring. NASA’s CubeSat Launch Initiative provides launch slots for CubeSats aboard traditional rocket launches. ESA launched its most advanced nanosatellite to date earlier this year, the GomX-4B, which was launched along with GomX-4A. The two CubeSats successfully demonstrated intersatellite link technology.

Cubesats do however pose interesting challenges. Firstly, the use of Commercial Off-The-Shelf (COTS) components to help reduce cost also means that CubeSats are generally more sensitive to radiation in space. As they are small, CubeSats cannot carry large payloads. Critics also believe that widespread proliferation of CubeSats will lead to severe growth of space junk in Low-Earth Orbit (LEO). Finding ways to mitigate these issues and others is key towards ensuring the sustainability of CubeSats.

CubeSats have generally been deployed in LEO in the past. However, in 2018, CubeSats began to venture beyond Earth orbit. The Mars Cube One (MarCO) spacecraft were the first CubeSats to leave Earth’s orbit on May 5th, 2018, along with NASA’s Insight Lander. On October 2nd, 2018 MarCO captured the first images of Red Planet and sent them back to Earth. NASA’s first Space Launch System Test Launch in 2019 will include up to 13 microsatellites. NASA is also considering developing a mission to Jupiter’s icy moon Europa with the help of CubeSats. ESA is working on a number of CubeSat projects, including their Hera mission, where the plan is to deliver CubeSats to the Didymos asteroid system.

With the rapid emergence of small-lift launch vehicle companies such as Rocket Lab and Vector, which offer dedicated launches for small and medium satellites, there will likely be a further drop in the launch cost and an opportunity to deploy CubeSats to fulfill the ever-growing needs back here on Earth.

In short, despite the challenges, CubeSats are here to stay, and the future looks brighter than ever!

Incase you’re looking to dive further into the world of CubeSats, we’ve got you covered:

Once you’re ready to build your CubeSat, check out the extensive catalog of suppliers, products, services, and missions on satsearch.

Gourav Namta is a mechanical engineer by profession and a space enthusiast. In his free time, he enjoys penning down his thoughts on space engineering & exploration through articles and blogs. For any questions/comments/feedback, feel free to get in touch.

Gourav is an experienced space researcher and marketer. He has a bachelor's degree in Mechanical Engineering from the Institute of Engineering and Management (IEM) and is currently pursuing a master's degree in Aerospace, Aeronautical and Astronautical/Space Engineering from Technische Universität Berlin. Gourav won the 2019 Asia-Pacific Space Leader Award, is an active member of the Space Generation Advisory Council (SGAC) Strategic Partnerships Team, and manages the SGAC jobs board.